Gamerzclass Review: Dota 2 | Is it worth it?

By working with professionals from the Dota 2 eSports scene, GamerzClass is designed to teach the average player how to up their Dota 2 gameplay. 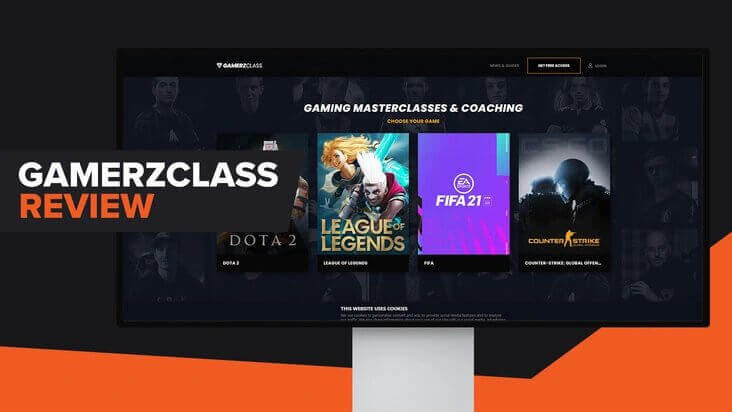 There’s so much to learn with the game that it can be pretty difficult to know where to start. With the help of some of the best Dota 2 players in the businesses and their respective video courses, however, you’re going to be in some good hands.

There’s a lot to be gained from learning from the best in the business and considering that each and every pro for their respective courses have years of experience in Dota 2, they have plenty to teach you. It doesn’t matter if you’re looking to make a return to Dota 2 after several years or simply just want to make a start in it, there’s going to be a video course for you.

What is the Gamerzclass Dota 2 course and how does it work?

You might be wondering at this point, how the website actually works and its prospective courses.Well, it takes several professional Dota 2 players, be they coaches or players and it has them sit down and explain what they know best about Dota 2 in separate videos and in bite-size, digestible chunks.For instance, if you’ve been desperate to up your Support skills, Crit- has his course cover multiple different topics that revolve around the Support role. If you need to learn how to gank and roam, there’s a near 20-minute video course for you to sink your teeth into. Not sure on how to play a melee support as opposed to a ranged one? Well, once again, Crit- has got you covered.

A great part about these courses is down to the versatility. Yeah, a course taken by Crit- may be specifically geared towards learning the Support role, but that doesn’t prevent it being useful for any of the other roles in the game or the generalized gameplay of the game.There’s a lot of knowledge you can simply gain from one of these courses, but considering that there are 7 to choose from, with over 30+ hours of information to soak up, it’s hard to imagine it isn’t going to improve your overall play style.

While it does cost a monthly subscription cost for the service, which isn’t exactly ideal - because free stuff is fantastic - considering the use of it all, it ends up warranting the cost.

In addition to this, due to the fact that you’re paying for this service, you end up valuing the service even more as a result.

What's inside the masterclass and how is it built?

With GamerzClass currently, they are providing 7 different Dota 2 courses for this part of their subscription service, with each of them having their own niche to make the most out of each of them.These courses and their respective pros are as follows:

As you can see, there are a lot of different video courses to pick and choose from, with each of them having their own speciality.One gripe for the website though is down to the fact that out of the 7 different courses, 3 of them are support. Admittedly, the hard support is a nice variant in comparison to the other 2 video courses available, but that doesn’t prevent you from wanting a little something different.

Sure, you can learn a lot out of those 3 support video courses, but if you’re looking to play off or mid lane, the coverage for the rest of the roles isn’t quite as well documented as of yet.

Thankfully, this is most likely going to be easily rectified before too long as the site brings more professionals on to cover more roles and other aspects of the game, but for right now, we’ll have to be content with the 7 courses available.

What exactly do you get when you subscribe to the site or make use of the trial?

For the relatively low price of $9.99 a month, you gain access to all of the Dota 2 video courses on the website and their respective teachers. With it being a paid subscription, you’re going to be charged once a month for access to all of the content, along with the Discord server which will be touched upon in just a moment. This subscription is separated from the courses about CS:GO and League Of Legends. Find out if we think the Gamerzclass Counter-Strike: Global Offensive course is worth it or if the Gamerzclass League Of Legends masterclass is worth it.Thankfully, if you’re not feeling like spending any money just yet, there is a 3-day free trial that allows you to experience every single aspect of the entire Dota 2 portion of the website.

This 3-day free trial is super easy to cancel as well, which isn’t something that can be said for other free trials available on the web. It doesn’t anything more than a couple of clicks and the auto-renew process and the free-trial is canceled, without anything to worry about. Nice and simple, just as it should be.Just as a gentle reminder, though, you will be required to provide your card details for the free trial and it will auto-renew after the end of the 3rd day, so do keep that in mind when signing up.

Is Gamerzclass Dota 2 Course worth it?

Now, the ultimate question must be asked and that is whether or not GamerzClass is worth both your time and your money? Yes - but be mindful with what you’re getting. Like it has previously been mentioned, while there are 7 courses, 3 of them are for the support role, which is fantastic if you’re a support main! For any other role, though, it might be worth the wait until some more video courses are submitted to the site. Although, even if you’re a carry main, the support courses still cover a lot of different areas that you may not have even considered first of foremost; which is easily one of the best parts of GamerzClass.

By far one of the greatest inclusions for the site is the access to their premium Discord server. Being able to ask questions on the fly to the people who are really in the know is a great aspect to the service as a whole.For instance, maybe you’ve been playing the game for over 100 hours or so and still aren’t too sure what’s considered a good chunk of gold in the first 10 minutes of the game for your role. In between games, you could ask the question on Discord, fit another quick game in and most likely get a response before you jump into the next one. With the inclusion of this Discord server, it proves that it isn’t just the video courses that are useful for the subscription cost.Another great part about the Discord server is being able to interact with others who are trying to improve their gameplay just as much as you are. You can even group up with them with in an inclusive and easy-to-access space, so it’s a great place to be if you need a new competitive team to work with on a more consistent basis.

Admittedly, the service as a whole probably wouldn’t be ideal for someone who has literally just started to play Dota 2.

As an example of this, other online users have praised the usefulness of the video courses for Dota 2 from a more intermediate point of use - it’s for those types of players that feel as if their play is starting to stagnate and could do with that little extra push in the right direction. They have admitted, though that if you’re looking to learn the game right from the very start, there’s plenty of free, online resources to make good use of online.Overall, though, GamerzClass is a great way for players to find themselves in a nice-looking website, with some great paid content to access, while having the infinitely useful Discord server being connected to all of it.

For those of you that aren’t sure whether or not it’s worth your money, be sure to give the free trial a go. After all, it gives you free, unadulterated access to everything the service provides, so you won’t be missing out on a thing that a paid user would be getting.It’s a hard service not to recommend unless you are completely new to the game, but even still, it can help you jumpstart good habits right from the very beginning.

With all of this in mind, be sure to give GamerzClass a try. It has a lot to offer and by the time you’re finished with the first month of it: your play style and gameplay will thank you!

GamerzClass is a great way for players to get world class Dota 2 teaching, with some great paid content to access, while having the infinitely useful Discord server being connected to all of it.

GamerzClass is a great way for players to get world class Dota 2 teaching, with some great paid content to access, while having the infinitely useful Discord server being connected to all of it.