As if she wasn’t popular enough, this marksman from League of Legends has gotten a lot more famous in past months thanks to the Netflix series Arcane. 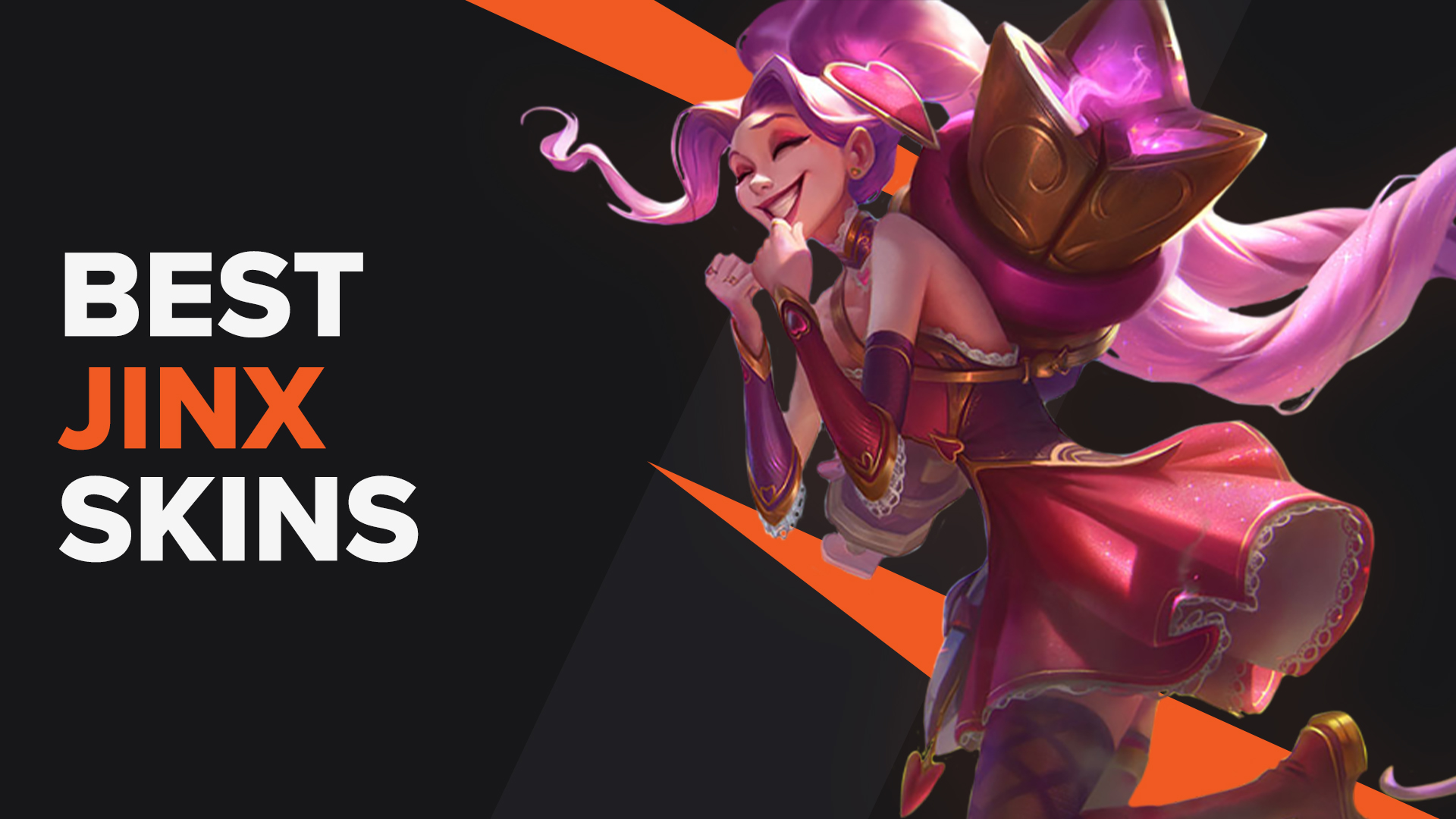 Jinx is a champion that many of the new players of League of Legends chose to play with because of her simple but fun playstyle. She’s a character that has almost a decade since she joined the summoner’s rift with her guns and traps, and thanks to Arcane, the Netflix show that tells the story of her and her sister, Vi, the duo of sisters have done nothing but become the main pick of many players. Are you eager to know what are Jinx’s best skins? Find out here!

When Jinx was introduced to the game she came with her first skin which both of them, of course, came on the same day 09th October 2013. This version of Jinx is part of the Crime City universe, a concept that fits perfectly for her.

The skin features a new splash art of the champion wearing a fancy dress with stockings, long gloves, and a lot of luxurious pearls, this one has new voice lines for the champion, as well as new particles and effects.

It is available in the store for only 1350 RP, which seems to be the most common price for the skins that have been out for her. Without a doubt making her part of the Crime City concept was a great choice on Riot Games behalf.

As if things couldn’t get more chaotic for her, Jinx joins the universe of the Odyssey skins on 12th September 2018, she’s in outer space fighting all kinds of creatures and aliens, which is pretty much her element, causing destruction and blowing things up.

Odyssey Jinx shows us the champion wearing her hair on a sort of mohawk with a questionably long ponytail, also, she seems to be missing an arm, which was replaced by a metal one.

With beautiful looks, Jinx Odyssey brings to the marksman new splash art, particles, sound effects, and six different chromas to customize the overall colors of the skin. Available for 1350 RP, this one is a must-have for any main Jinx out there.

The Lunar Revel: Firecracker theme of skins welcomed Jinx on 10th February 2015, as someone who likes exploding things, Jinx will make sure to create the most spectacular fireworks show ever, despite being thanks to the ammo of her guns…

In this skin, Jinx wears a red dress with boots and red stocking, and unlike every other skin where her hair has playful colors, in this one, Jinx’s hair is black, with a slight part of it painted in bright green that matches the color of the dragon tattoo in her arm.

Jinx’s traps and guns have a nice golden color that makes things even more iconic, this skin features beautiful particles that show the fireworks she can be capable of creating, also, besides new animations, it has eight chromas. You can get the skin for only 1350 RP.

When it comes to the saying “Everything is fair in love and war” Heartseeker Jinx takes this very seriously, although she most likely doesn’t have any romantic interest so far, she and her guns won’t care about what’s fair in war.

This one is a Legacy skin that came on 04th February 2020, it costs 1350 RP and lets us see the sweetest version of Jinx ever, with a splash art full of different hues of pink and where the champion Yuumi also appears in.

The Heartbreakers universe shows the champions with beautiful pink particles filled with cute hearts, but don’t get fooled by them when playing in the rift, they’re as deadly as any other attack. This skin comes with new animations and it has seven chromas available.

Thanks to the Netflix show Arcane, Jinx and her sister Vi gained a huge amount of recognition among the millions of players of League of Legends and for sure, those who don’t play the game also loved the characters as well. Without a doubt, Arcane has been a total success for Riot Games and League of Legends.

Arcane Jinx allows us to see a younger version of Jinx when she decided to take her solitary path. This skin became available on 24th November 2021 due to the celebration of the Arcane event in the game and its price is 975 RP. Although this is the cheapest skin of the champion, it can be argued that this is one of the most iconic in her wardrobe.

Although it could look simple, the overall look particles and sound effects of the skin capture the essence of the early stages the champion went through to finally have the classic look she has once we get her.

The PROJECT universe has always had some of the most well-achieved designs for champions. This skin tells us the story of how Jinx volunteered for the PROJECT conversion and how a power failure left her completely insane.

PROJECT: Jinx, brings new voice filters for the marksman, it also features some stunning particles and new sound effects, this skin shows us a futuristic Jinx whose guns have also been modified, matching the aesthetic of this universe of skins.

You can get this skin for 1350 RP and it came on 1st August 2019, this one also has up to eight different chromas for summoners to choose from and customize the color palette of the skin.

Despite being a Star Guardian, Jinx does not lose her unique personality and eagerness to blow things up and create sparkling and colorful explosions which her teammates find quite annoying.

This Star Guardian skin became available on 5th October 2016 for 1820 RP and it’s the most expensive one of the marksman so far, probably thanks to the new voice lines that were added to the skin.

Jinx has several great aspects, even Glorious Jinx exists as an exclusive skin in LoL: Wild Rift. Without a doubt, she is one of the most popular characters in League of Legends currently and most likely it will remain that way for a very long time, other champions will join her in the hall of fame due to the Arcane series on Netflix, and to see a marksman like Kai’sa on the TV screen for sure would be amazing, but for now, you can get to know more of her in our Kai’sa best skins section.

Or maybe is another champion what you’re looking for? We got covered here the best skins for each champion. 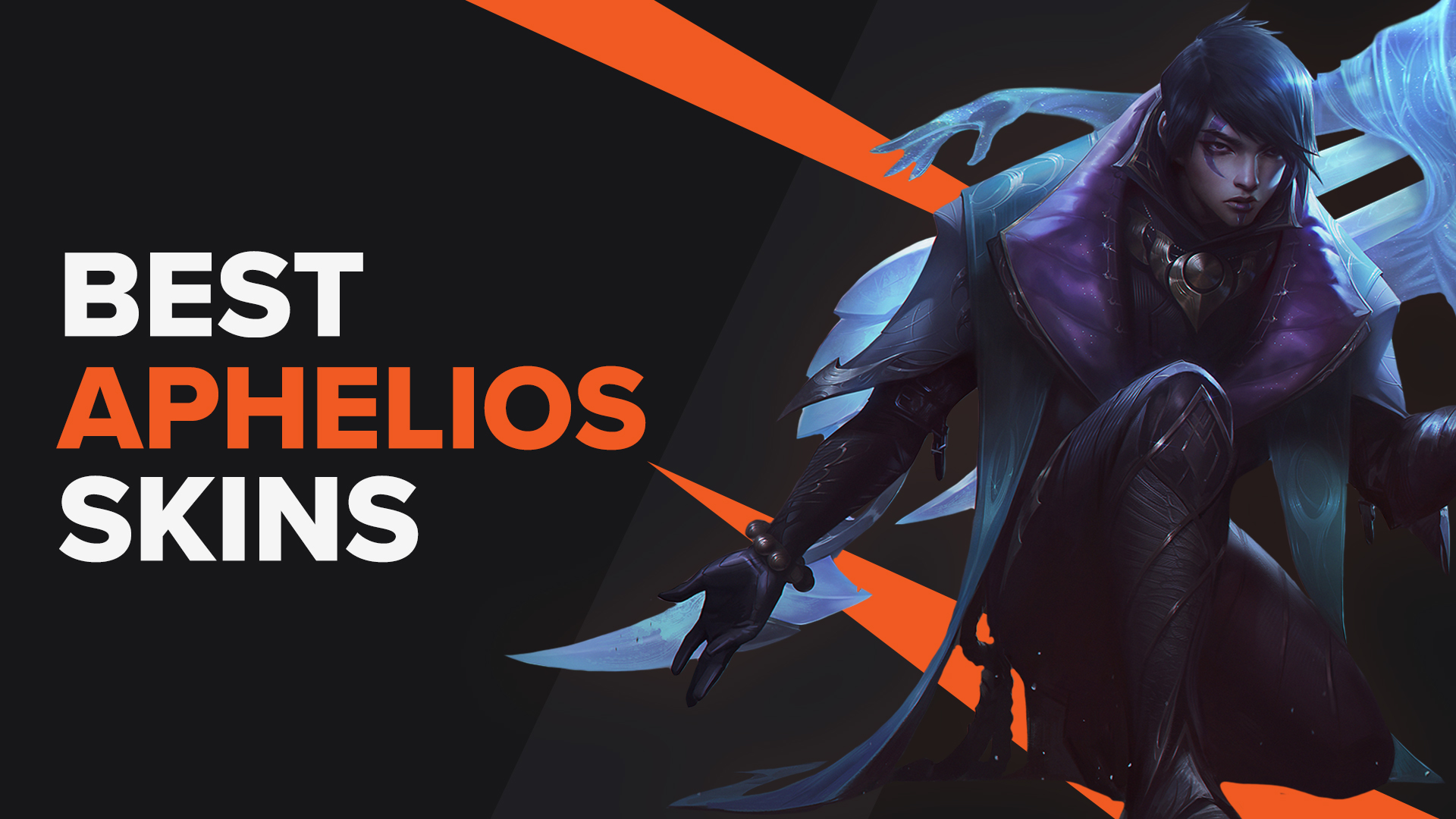 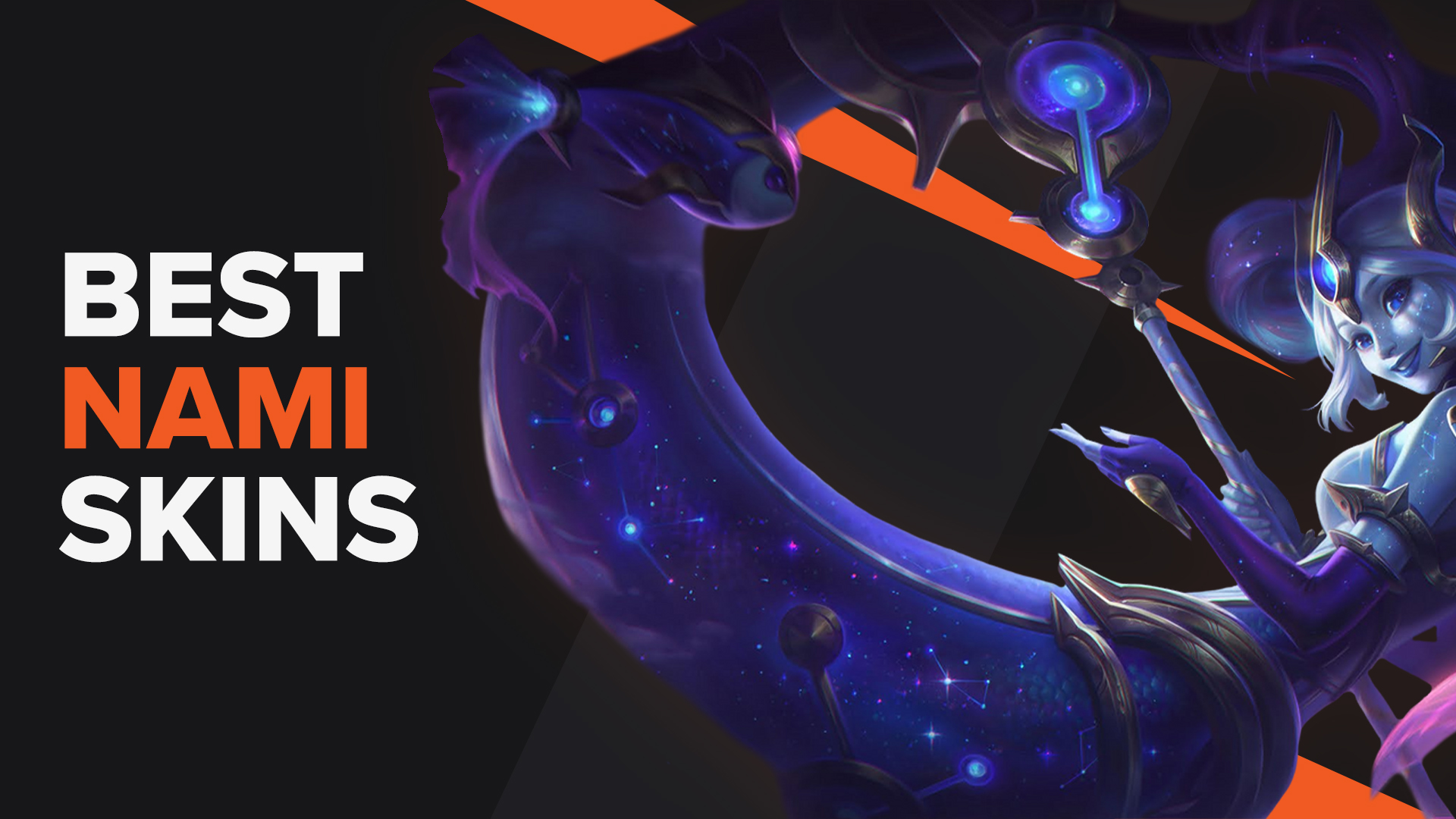 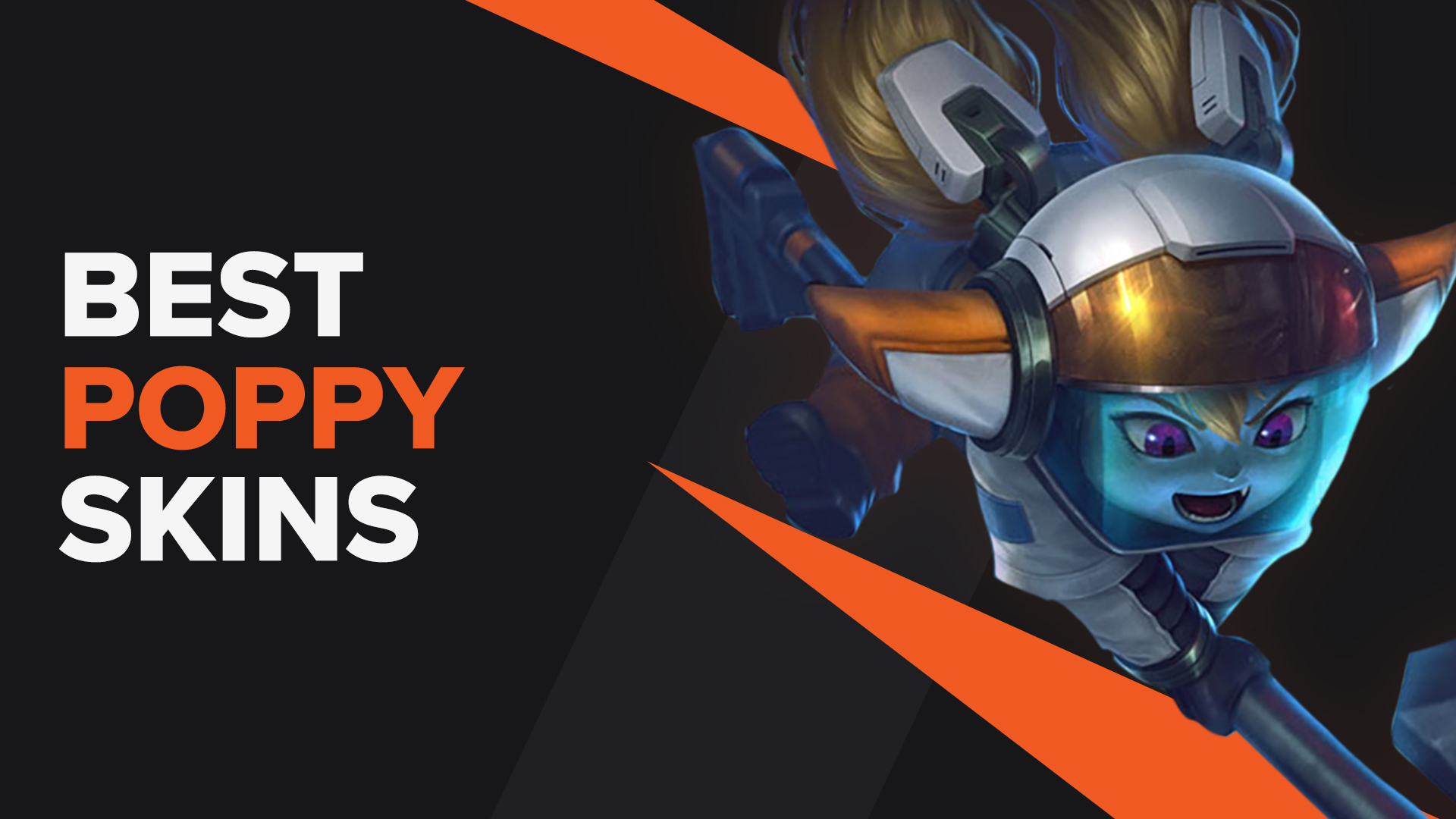