Bind is one of the rare maps that favor certain agents despite them not being meta. These are the best Valorant agents for map Bind. 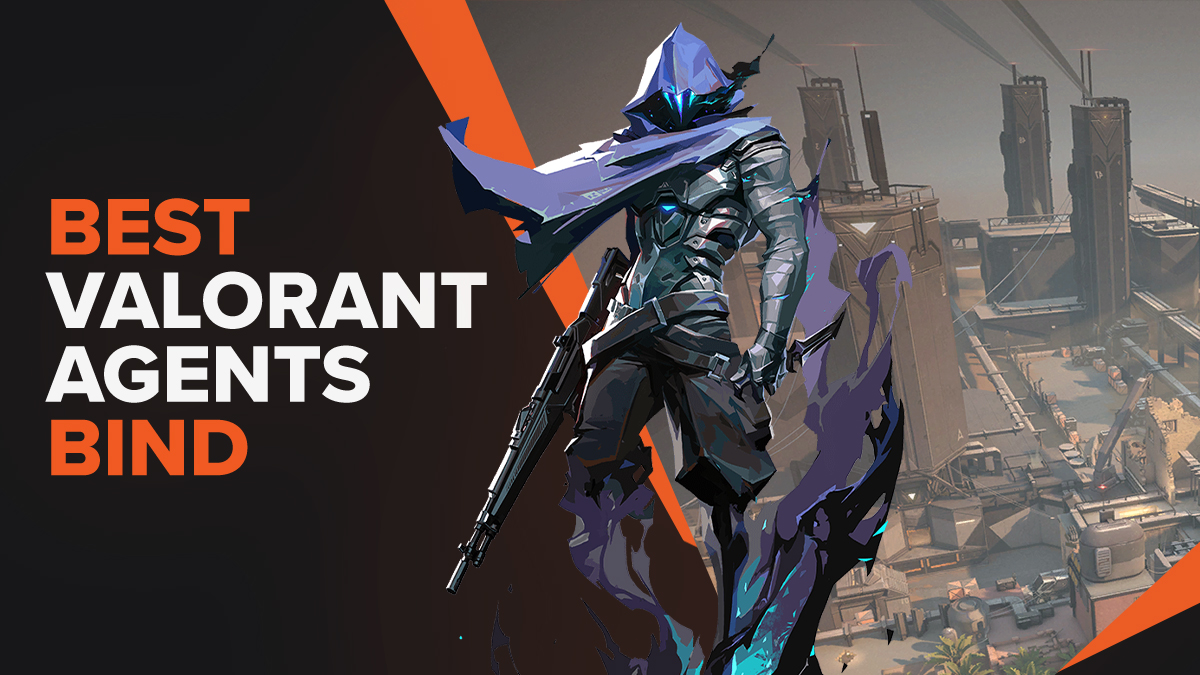 Ever since Beta, the Bind map has always been a joy to watch and play due to the variety of outcomes the portals provide. It’s tight corridors, options for rotations and key choke points all alter the gameplay experience, and some agents create bigger advantages of that. In this article we will be covering the agents who’s kits are best suited for the Bind map.

It’s become a common theme where older Valorant agents are becoming overshadowed by the newer creations of Riot Games. In the Sentinel role, Sage has been feeling this way ever since Killjoy started dominating the meta.

The best agent for organized play at one time, is still proving to be invaluable on a map like Bind. Her slow orbs, which have always been considered the weakest part of her kit, actually find a lot of value on a map with narrow choke points like Bind. Her wall can always be useful no matter what, especially on the entry points for both spike sites, blocking off Showers and A short on one, and Hookah and Garden on the other site.

Apart from preventing and delaying rushes, her wall is also crucial to the fast take tactic, where she walls off the corner of the A site coming out of Showers allowing for a fast plant. Her healing will always hold value and as for her Ultimate, even after the nerfs it's still a game changing  ability that can determine the winner of a crucial round if used properly.

This might surprise a lot of you and we already know what the natural response would be but hear us out. Of course we know that Astra and Viper have dominated the meta in the Controller role for quite some time now, but if there is a map where Brimstone is even worth considering picking instead of them, it's Bind.

Because of the nature of the spike sites, most of the time quick action is needed for successful entering or defending and Brimstone’s smokes can be a game changer because they are instantaneous. At the same time Bind has the best layout for Brimstone’s Ultimate with many tight corridors in which enemies can be funneled with the help of other Controller agents or Initiators.

Playing against that kind of ‌comp  in Hookah, Elbow, U Hall and Showers can be an unpleasant experience to say the least when there are fire grenades and other types of zone control spells flying at you. Likewise running out of those choke points onto a site only to be met by enhanced fire from the Stim Beacon can spell doom for your round.

Another agent that’s valued for his utility on Bind is Skye. Although she performs decently on any map due to her design, she is one of the few that can effectively abuse the teleports on this map.

While most of the flash agents struggle to execute properly on this map, Skye doesn't have that issue and can use her flashes as an information gathering tool. Because this map does not have any tall structures, she can also use her flashes to blind enemies that are behind coverage, by aiming the flash higher up in the sky.

Her Trailblazer can really shine on this map, as she can send it through Showers, A and B short, and even to Hookah via the teleport while holding A. This essentially allows her to exert pressure on both sides of the map while she is on one and her Ultimate is also great for information gathering on  retakes or solo holding.

Although Jett still holds the spot as the premier  duelist in the game entering 2022, we recommend Raze as your go-to pick for a duelist on Bind. With her being a mobile and fast entry fragger, she is the perfect fit for the Bind spike sites that are tough to flash properly.

With the recent nerf to Jett that prevents her from dashing past trip wires, she doesn't have a great way to enter the site. Also Jett can only dash to the middle of the B site, while Raze can double Satchel to the back of the site. Additionally the AOE damage and information gathering that Raze’s spells provide as a defender on both sites are much more valuable than Jett's. On B her Grenades, BoomBot and Ultimate can clear Hookah and Garden with ease, while on A she can use the teleport to send her utility to Hookah.

Her BoomBot alone is a great tool that can be used to clear U Hall and Showers which are very dangerous to clear traditionally, once the enemy has gotten onto the site. I don't think we need to mention what‌ a Raze Showstopper can do if the enemies are foolish enough to stack in the Showers or any other site entrance with how narrow they are.

To no one's surprise, Sova has been dominating the meta for quite some time now, being a valuable pick on every map, including Bind. His information gathering potential is completely unleashed on this map, with him being able to check entire sites with a single well placed Recon Bolt.

This is probably the map with the most Valorant hacks and tricks for aspiring Sova players to learn due to the nature of the structures and all of the different outcomes depending on the angles. This enables his teammates to focus on clearing corners or rushing and opening free fire on tagged enemies. Meanwhile his drone can safely check Showers, A short, B long and Hookah further enabling his team to push or defend.

And how do you even retake a site against a Sova with Ultimate. Stacking in certain areas when the Sova is holding Heaven or B Hall can certainly be considered as a death wish. His abilities can also go through ‌the teleport, which seems to be a key factor in how much your agent can impact the map.

The key to winning on this map has always been the B site, regardless if you are defending or attacking. Any team that has a Sage or a Controller on the site gains a big advantage because it forces the opposing team into a funnel if they want to enter the site. Meanwhile on the A site, having control of U Hall is the key to controlling the round because it gives you access to the site from both sides. Regardless if you are attacking or defending, controlling U Hall will create tons of opportunities for you and cause so many problems for the enemy team. Another crucial point when entering A site has to be Heaven.

Trying to rush the A site without using smokes on Heaven is basically suicide because every large caliber weapon, especially the Operator, will have its first peak from there, leaving you at their mercy. The same could be said for B long as well, another place where the Operator reigns supreme but at least there you have other options. When attacking the B site it’s absolutely necessary to smoke the entrance to B Hall and Elbow, because those two spots are the only from where defenders can peak, shoot and return back to safety. Smoking those 2 spots forces the enemies to choose if  they fully commit to the defense or do they give the site up and try a retake. 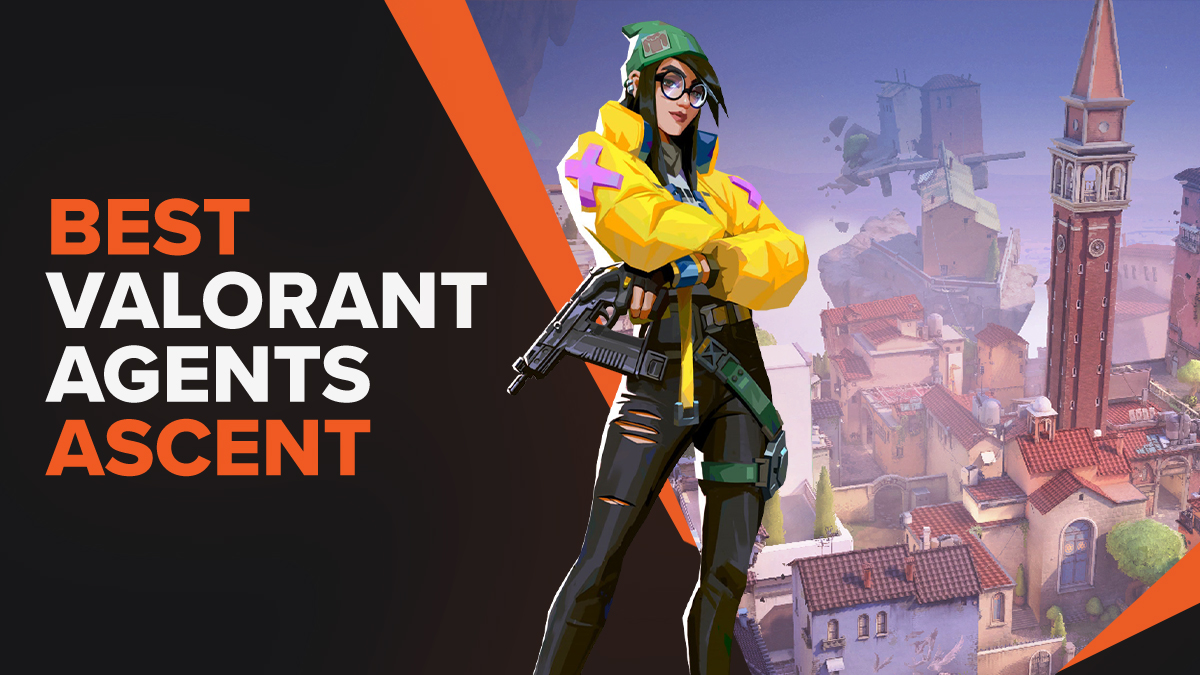